SSH, the secure shell, is often used to access remote Linux systems. Because we often use it to connect with computers containing important data, it’s recommended to add another security layer. Here comes the two factor authentication (2FA).

What is two-factor authentication

We will use the Google Authenticator app available for Android (in the Play Store) and iOS (in iTunes) to generate authentication codes.

Start a terminal session and type:

To make SSH use the Google Authenticator PAM module, add the following line to the /etc/pam.d/sshd file:

Now you need to restart the sshd daemon using:

Modify /etc/ssh/sshd_config – change ChallengeResponseAuthentication from no to yes, so this part of the file looks like this:

Google Authenticator makes the configuration of two-factor authentication much easier, comparing to (for example) libpam-oath.

In a terminal, run the google-authenticator command.

It will ask you a series of questions, here is a recommended configuration:

You may have noticed the giant QR code that appeared during the process, underneath are your emergency scratch codes to be used if you don’t have access to your phone: write them down on paper and keep them in a safe place.

That’s all. Now, let’s open Google Authenticator and add our secret key to make it work. 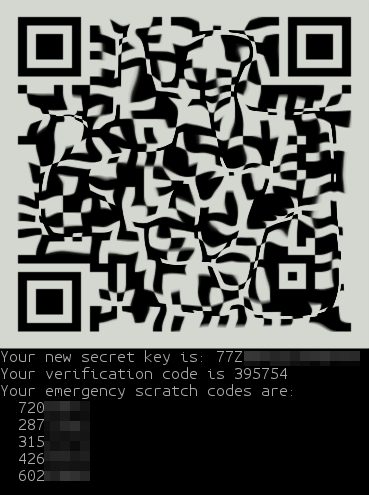 Don’t use unencrypted services to store secret keys, such as a notes synchronization service and so on. If you don’t want to type the key manually, use the QR code.

4. Adding the secret to Google Authenticator

We will use the latest version of Authenticator from the Play Store. The process shouldn’t look very different on iOS. 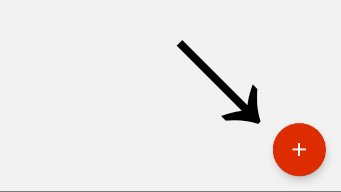 Touch the Add icon (+) and select “Scan a barcode”. Use phone camera to scan QR code. 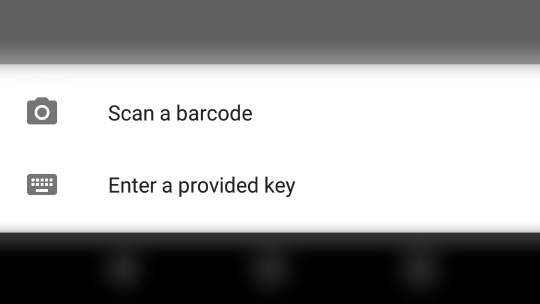 Using the through key

Touch the Add icon (+) and select “Enter a provided key”. Enter a name that you will recognise as being your 2FA method for SSH, then type the secret key provided by google-authenticator command. 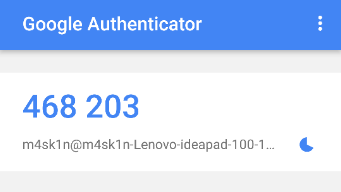 Congratulations! You have just configured two-factor authentication for SSH shell using Google Authenticator. Now, every time you (or some bad guy with your password…) will try to log in to your SSH shell, you (or this bad guy) will be asked for an authentication key in addition to a traditional passphrase.

1. Overview Ubuntu Server is Ubuntu tailored for networks and services, and it’s just as...